Original story written by Lisa Schencker for the Chicago Tribune on August 14th, 2019. Link to original article may be found HERE
Photo credit to Rich Pedroncelli for the Associated Press.

Health insurance companies will have to cover life-saving EpiPens or similar devices for kids with allergies under a new state law that takes effect Jan. 1 — but questions remain about whether the mandate will lead to lower costs for parents.

Gov. J.B. Pritzker signed a bill last week requiring health insurance companies to cover epinephrine injectors for people 18 and younger , making Illinois the first state to pass such a law. The most well-known brand of auto-injectors, which deliver shots of epinephrine to counter severe allergic reactions, is EpiPen.

Still, it’s unclear how much of a difference the measure will make. Many insurers already cover prescribed epinephrine auto-injectors.

Coverage also doesn’t guarantee reasonable costs for consumers. An insurance plan might cover the device but still require a consumer to pay hundreds of dollars out-of-pocket for it because the consumer hasn’t met an annual deductible. Or, consumers may face varying co-pays for the devices, depending on their insurance plans.

In recent years, EpiPens prices have skyrocketed. The injectors can cost families as much as $700 for a two-pack of the devices, without insurance coverage, according to Pritzker’s office. Mylan, the company behind EpiPens, also offers a generic version of the device that costs about half as much.

Bill sponsor Rep. Jonathan Carroll, D-Northbrook, said he got the idea for the bill when he went to fill a prescription for an EpiPen for his daughter,
who has severe food allergies.

“I went to pick it up, and I was like, ‘You’ve got to be kidding me,’” Carroll said of the cost. “This is a life-saving medication, and it’s becoming cost-prohibitive for people.”

Sen. Julie Morrison, D-Deerfield, who sponsored the bill in the Senate, said she hopes the law brings down out-of-pocket costs for consumers. But whether that happens may depend on the rules and enforcement surrounding the law, Morrison said. Nothing in the text of the law mentions cost.

Garth Reynolds, executive director of the Illinois Pharmacists Association, said he would have liked to have seen the bill address out-of-pocket costs for patients. An insurer that covers a device but then attaches a high co-pay to it might not be breaking the law, but isn’t operating in the spirit of it, either, he said.

He also hopes the law expands consumer access to the devices, but that, too, will depend partly on how it’s enforced.

Currently, an insurer might only cover one type of device, which can be especially problematic when that device is pricey or is in short supply, as a number of epinephrine auto-injectors have been over the past year, he said.

But Reynolds said the new law is a start.

“Some of the patients are getting to the point where they can’t afford it, and go without it,” Reynolds said. “There are some medications, epinephrine is one of them, where we should not be putting up barriers for patients to have access to it.” 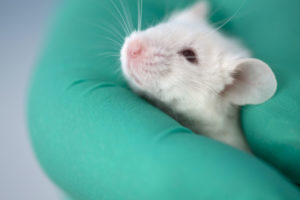