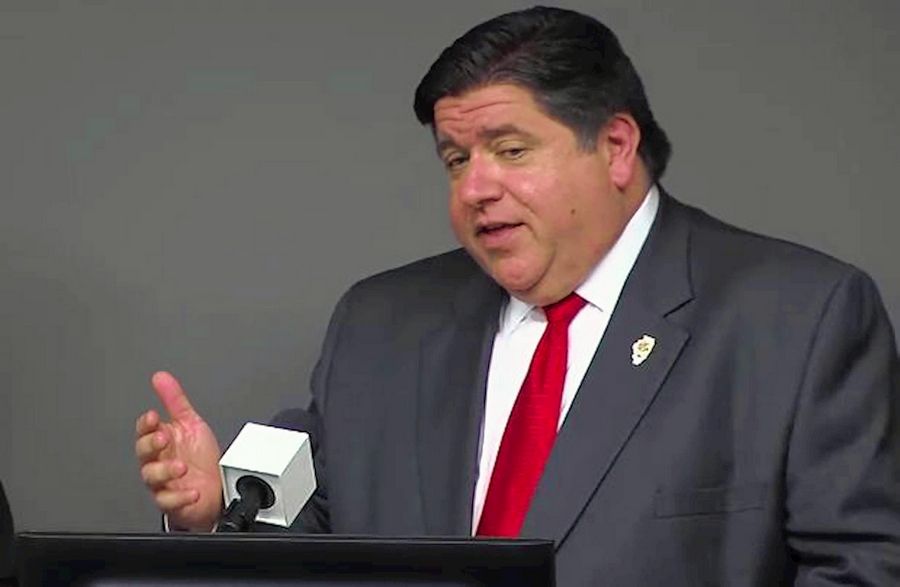 Original article written by Steve Zalusky for the Daily Herald on 8/9/19. Photo taken from Blue Room Stream. Link to original article may be found HERE

Gov. J.B. Pritzker is using McHenry County as a test case for the consolidation of local government.

The governor signed into law Friday a bill that will hand taxpayers the power to dissolve by petition any McHenry County township.

Under House Bill 348, which goes into effect immediately, the dissolved township would transfer its assets and obligations to the county.

All road districts wholly within the dissolved township’s boundaries would be dissolved, and their powers and responsibilities would go to McHenry County.

The law also abolishes road districts with less than 15 miles of road in Lake County and McHenry County.

“Rising property taxes overburden homeowners across the state, and this administration is committed to exploring all options to provide communities with relief,” Pritzker said in a statement.

He said he heard from “local stakeholders on their desire for government consolidation.” He added that he is looking forward to seeing how the legislation works for the taxpayers of McHenry County.

McHenry County Board Chairman Jack Franks thanked the governor for “allowing citizens to decide how they want to structure their government.”

“The governor wants to use McHenry County as a laboratory to see how it works,” Franks said. “Because if it needs to be tweaked, then it can be tweaked when it’s expanded to the whole state. I told him I wanted it to be the test case, and I’m excited. I hope the citizens take advantage of it.”

Franks chaired the consolidation commission for the state of Illinois. “I found it was really easy to create governments, but almost impossible to get rid of them.”

“This lets us not have to get rid of everything. It gives a lot more flexibility to the citizens,” Franks said of the legislation. “I don’t think it’s going to be used that much, quite frankly. What I like about this is it’s not a one-size-fits-all and it’s not a mandate.”

State legislators such as Rep. David McSweeney praised the bill in a statement.

“I appreciate that the governor signed this important consolidation bill. Consolidation is one of the key components to reducing Illinois property taxes,” the Barrington Hills Republican said.

Even one of the trustees in McHenry Township found good things to say about the concept of consolidation.

Trustee Stan Wojewski said McHenry Township is well run but “I think there are too many townships, and some of them are so small that I think it would be nice to have the smaller ones consolidate” into the larger ones.

Pursuing the path of consolidation further, Pritzker also signed Senate Bill 90, which will be effective in January. It will allow for drainage districts to dissolve if one or more municipalities account for at least 75% of a drainage district’s territory.

“Currently, there is an unnecessary number of drainage districts, especially in suburban areas. More and more of areas that were once agricultural land have been developed into subdivisions and commercial tracts, reducing the need for these districts,” said Sen. Dan McConchie, a Hawthorn Woods Republican. “Unfortunately, many of these developed residential areas are still paying taxes to a drainage district, even though they are now part of a municipality that may already be taking on the drainage responsibilities.”

Consolidation has happened on a case-by-case basis elsewhere in the suburbs. Former Gov. Bruce Rauner signed legislation in 2018 to allow DuPage County to dissolve its election commission and transfer its functions to the county clerk’s office. The county — under the leadership of county board Chairman Dan Cronin, a founding member of the Transform Illinois coalition that advocates for government consolidation — is now also looking into eliminating the county recorder’s office.