SPRINGFIELD, Ill. – State Rep. Jonathan Carroll, D-Buffalo Grove, filed a motion Wednesday to accept Gov. Bruce Rauner’s changes to Carroll’s legislation limiting access to military-style assault rifles in the wake of the Parkland shooting. While Rauner is insisting on a number of unvetted, last-minute changes to the bipartisan bill, Carroll will seek to move the amended legislation forward and will hold discussions with all stakeholders.

“I was disturbed to learn through the media—and not from the governor himself—that Governor Rauner had made completely unvetted changes to my bill. While I’m new to this Legislature, I’m shocked that the governor’s approach to an issue that has long divided Republicans and Democrats is to veto bipartisan legislation and substitute his own language at the last minute, without any consultation from the bill’s sponsors, supporters, or even from his own bipartisan gun safety task force.

“But my focus remains on enacting serious gun laws that keep deadly, military-style assault rifles off our streets, and keep our children, our schools and our communities safe. I will not let the governor end debate by forcing a political stalemate, and that is why I filed the motion to accept the governor’s amendatory veto.” 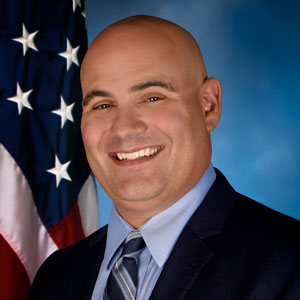 Helping the victims of the Prospect Heights fire